Fueled by the friendship and rich exchange of concepts and ideas between artists such as Chano Pozo and Dizzy Gillespie, among many others, HABANA/HARLEM® commemorates the unconditional acceptance of collaborative fluid creativity, which changed the course of music history. 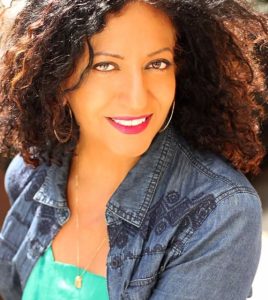 Neyda is an associate professor in The School of Media Studies and co-director of the Impact Entrepreneurship Initiative at The New School. A producer and cultural consultant with 20+ years of experience, her credits include DECADE OF FIRE which premiered on PBS’ Independent Lens to over 2 million viewers and won the Audience Award; LUCKY, the debut feature by Oscar® nominated director, Laura Checkoway; co-exec producer of CRY NOW by Alberto Barboza, and co-producer of Michele Rosewoman’s 30th and 35th anniversary acclaimed Jazz and Afro Cuban «New Yor-Uba» albums.

She’s held key positions and managed departments or initiatives at The Public Theater, El Museo del Barrio and the POV series on PBS (communications, marketing and branding). She led the national communications strategy for POV’s sister series America ReFramed, garnering national brand-building coverage in outlets such as People, The New York Times, The Atlantic, The Boston Globe, The Los Angeles Times, The Associated Press and more. She was Director of National Engagement and Partnerships for PBS’ Peabody award-winning documentary special, LATINO AMERICANS, as well as an initiative helmed by the National Endowment for the Humanities and the American Libraries Association to continue education and engagement across the U.S. with the groundbreaking series.

In the philanthropic, public and private sectors she’s worked for WNYC and PRI, The Vidal Partnership, SSB/Citigroup, Fundación Cuba Avant-Garde, and the Upper Manhattan Empowerment Zone, among others. Through Monserrat Ltd, she’s served clients such as Hachette Book Group USA (Time Warner Books), NYC’s Mayor’s Office of Adult Education and Pernod Ricard, a major sponsor of the Latin Grammy’s® who sought her expertise in strategy, marketing and communications. In 2004, she conceived the creative project, HABANA/HARLEM®, and an initiative which garnered a Rockefeller CIIF Award, The New Audience Project™ with A.J. Muhammad.

Neyda volunteers on the ACCE committee for the Metropolitan Museum of Art, and serves on the boards of Bronx-based dance company, Pepatian, Women Make Movies and UPROSE. She started her career at the The Lakeside Group, producer of the Chicago International Art Expo at Navy Pier among other fairs, where she assisted in various aspects of production, served as special assistant to the president, and managed international media partnerships and international artist and cultural exchange programs.

She holds an MPA from Columbia University’s School of International and Public Affairs and a BA from Loyola University. 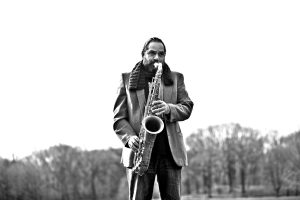 Onel Mulet is a composer, producer and multi-instrumentalist (saxophone, flute, percussion) whose career spans nearly three decades.  As a film composer, his work is featured on award-winning documentary, shorts and feature length narrative films which have premiered nationally on Showtime, HBO and PBS.

Since the project’s founding in 2005, he’s worked closely with Founder and Executive Producer Neyda Martinez as Producer and Creative Director of HABANA/HARLEM®. With an eye towards reaching the hearts, ears and souls of listeners everywhere, he thoughtfully supports artists whose timeless work bridges the past, present and future with enriching and cutting-edge collaborations and presentations. Additionally, he’s supervised the release of five cd’s and co-produced Michele Rosewoman’s New Yor-Uba’s 30th and 35th anniversary recordings to high critical praise.

Onel has performed in some of the most prestigious music festivals and concert venues across Europe, the Middle East and Latin America. He has toured, performed and or recorded with artists including Enyenison Enkama, Akilah Oliver, Jayne Cortez, Latasha N. Nevada Diggs, Tamar Kali, Francisco Aguabella, Arturo Sandoval, Oriente Lopez, Carlos “Patato” Valdes, Pedro Luis Ferrer, Jose Luis “El Puma” Rodriguez , The Gipsy Kings, David Oquendo, Roman Diaz, and Pedro Martinez, among others.  He has also toured the world playing saxophone and flute for the late icons Celia Cruz and Candido Camero, multiple members of the Fania All Stars, and the inimitable Albita Rodriguez, to name a few.

As an audio engineer, Onel Mulet is on staff at the Craig Newmark Graduate School of Journalism at the City University of New York with a focus on broadcast media production. Previously, he served as a professor of media  for the nonprofit organization, Brooklyn Free Speech where he taught Spanish and English language courses in digital photography, stop motion animation, Adobe Photoshop, Premiere Pro, Audition, TV studio production, and audio, as well as having worked for  BRIC TV as an audio engineer in the field and the television studio. A native of Miami, Florida and of Cuban heritage, Onel has been based in New York since 2002.

HABANA/HARLEM® is a registered trademark